Digital Marketing for the Metaverse, NFT and Virtual Real Estate 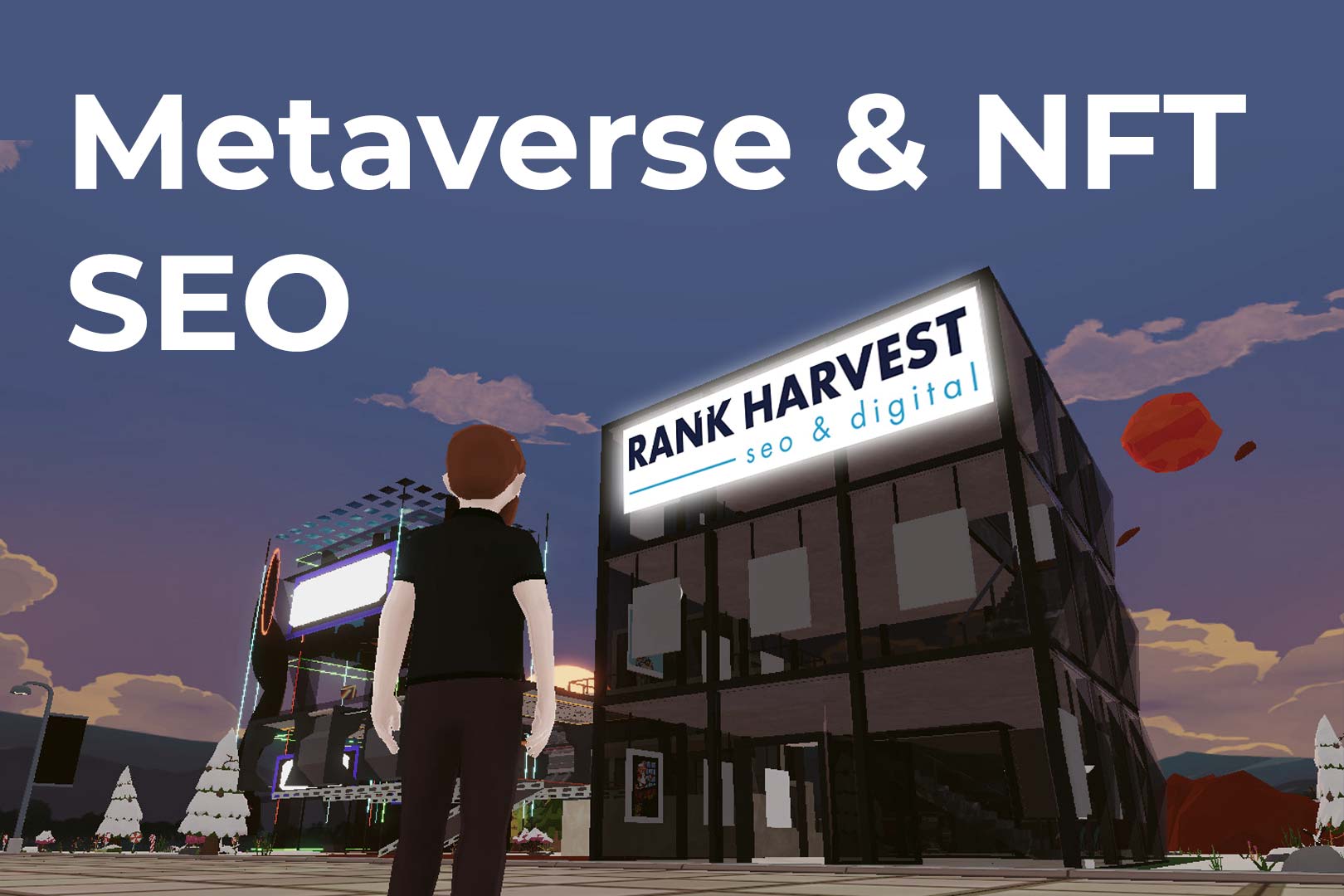 Ever wished you had the insight to recognize something in its infancy before getting big someday? Well this will be big. It’s like next-version-of-the-internet big. Most people have little to no idea what the metaverse or an NFT is.

The metaverse is inevitable. Technology is always driving towards the creation of richer and richer digital experiences. At some point technology will create experiences that not only rival ‘real’ experience, but surpass it. Imagine an interactive, immersive 3D world almost as visually rich as the one you are in now where you select your own looks and identity, shop, sing karaoke, go to movies, gamble, watch sports, go to concerts, meet people with similar interests and even get a job making actual money (we’re hiring for a metaverse job). The metaverse will likely replace 2D webcam virtual meeting spaces, like Zoom, with much more interactive 3D experiences people feel they are ‘inside’ of. And it will certainly change online learning for children.

There’s not just one metaverse, there are many with new worlds being created. In overly simplistic terms, metaverses can be grouped into two categories: gaming-focused, and non-gaming focused. Gaming-focused metaverses feel like being dropped into a computer game, usually with a fantasy theme like medieval times or galactic warfare. Non-gaming metaverses tend to be more of a reproduction of the real world, meant more for social interaction. But both have elements of gaming and socializing, so the distinction between the two is not always clear.

How Do You Pay for Things in the Metaverse?

Most metaverses have their own form of digital currency, not unlike different countries around the world issue their own: Dollar, Peso, Euro…. In some cases the digital currency can be purchased directly by credit card or similar payment method, especially in a gaming metaverse; in other cases the user must convert fiat currency, or a different cryptocurrency, into the cryptocurrency of the land. Most metaverses run on blockchain technology, making cryptocurrency a natural fit as it too runs on blockchain. Gaming metaverse purchases tend to be things like upgraded weapons and armor, where the more social metaverse purchases tend to be clothing worn by the user’s digital avatar, virtual property, and NFTs (more on this later).

Who is in Charge?

Decentralization of power is a theme running through most metaverses. Nobody is in charge because everyone is in charge. In many cases, a group of developers will get together and create an online world, then later relinquish control to the community of users. Metaverses that run on blockchain technology are a natural fit for decentralized power as most blockchains run on the concept of group consensys to allow change. But some metaverses, especially on the gaming side, are owned and operated by a company; this ‘centralized power’ is tolerated by their communities as the ownership is expected to continually innovate and add new features. Facebook recently changed its name to Meta to try to make a splash into the metaverse, only to get resistance from users who don’t like the idea or corporate control.

What is an NFT?

One of the purchases users are making is what’s called an NFT (Non-fungible token). NFTs use technology similar to Bitcoin blockchain technology to prove ownership. For example, you might buy a piece of digital art (NFT), and you are publicly recorded in the blockchain as the registered owner. Nobody can replace you as the owner unless you agree and release it to them. What’s confusing to newcomers is NFT artwork can be copied and replicated, for example, you can look at a picture of someone else’s NFT online and simply take a screenshot and just like that, you have a copy of their NFT, so what’s the point in being the ‘official’ registered owner? It’s like fine art. You can buy a copy of a Picaso at Walmart. Yes, you own this copy – but someone else in the world owns the original and has the documentation to prove it. You can sell your Picaso copy for $1 at the swap meet if you are lucky, but the original owner can sell theirs for millions. Anything can be an NFT; I can create an NFT registering myself as the owner of the shoes on my feet. For the time being, NFTs are generally created to prove ownership of things that have pop-culture value. But that will change as people discover new directions to take the concept of NFTs.

Not Your Cup of Tea?

Don’t see yourself ever entering the metaverse? That’s fine. But a valuable demographic is, and it’s getting the attention of big brands. See, online worlds might seem alien to you, but to the teens and twenty-somethings of today, especially coming out of lockdown, are right at home in this world – and they are bringing their crypto wallets with them.

Millions (perhaps hundreds of millions) of accounts have been created across the various metaverses. Decentraland alone has nearly a million registered accounts, hundreds of thousands of them active on a monthly basis. Brands want to get in front of these users and be adopted into their culture. Sotheby’s recently purchased virtual land in the metaverse as a wise move to get into the NFT trading space; a brand virtually unknown to anyone under 50 is now part of this pop-culture phenomenon.

But not everyone is Sotheby’s. Smaller, relatively unknown brands want to stake a presence in the metaverse too. But this requires promotion. Creating an account and buying land for your business in the metaverse is relatively easy (I stress ‘relatively’ as converting a sizable amount of fiat currency to crypto, then sometimes converting it once more to the token of the land, can be a frustrating experience). But owning land and setting up a brand presence in a vacuum won’t do much for you. It would be like building a website and not telling anyone it exists.

Although there are hundreds of thousands of active users on the metaverse, it’s difficult to promote a brand, or anything, to them directly within this environment. The reason is that they are walking around, playing games, or busy carrying on with whatever they are doing. Trying to promote your brand to them directly would be about the same as standing on a busy street corner waving a sign or putting up a billboard – not going to reach a large audience. To reach people in mass, you have to go where they congregate – which, for the time being, is the legacy internet. Google, social media, websites… metaverse users also use the legacy internet. Hype your metaverse presence on the legacy internet, and users will come see you in the virtual world. Not only can you engage existing users, but perhaps even more valuable, inspire new users to join the metaverse where your brand might be the first thing they interact with.
Or think of it like this… you own a store in a shopping mall. Sure, you can put up a sign and hang a few promotional posters around – but you’re only going to get in front of a small audience of people currently at the mall. To reach a larger audience, you need to advertise outside of the mall; website, social media, search, digital ads, video…

Inside the metaverse, there isn’t really a concept of a search engine, social media or anything similar you’re accustomed to on the legacy internet. And there shouldn’t be. The idea of the metaverse is to build something new, not replicate what our antiquated legacy internet has to offer. But nobody knows yet exactly what things will look like. At some point in the future, advertising a brand, products or services will be effective within the metaverse itself, but for now, driving visitors to your metaverse brand presence happens outside of the metaverse.

Rank Harvest is currently building its own brand experience in the metaverse. We purchased premium virtual real estate in Decentraland and are creating a rich walk-in digital experience where guests are greeted by live staff, services can be purchased, along with play-to-earn games, an NFT gallery and more.